I Was A Fleet Sailor 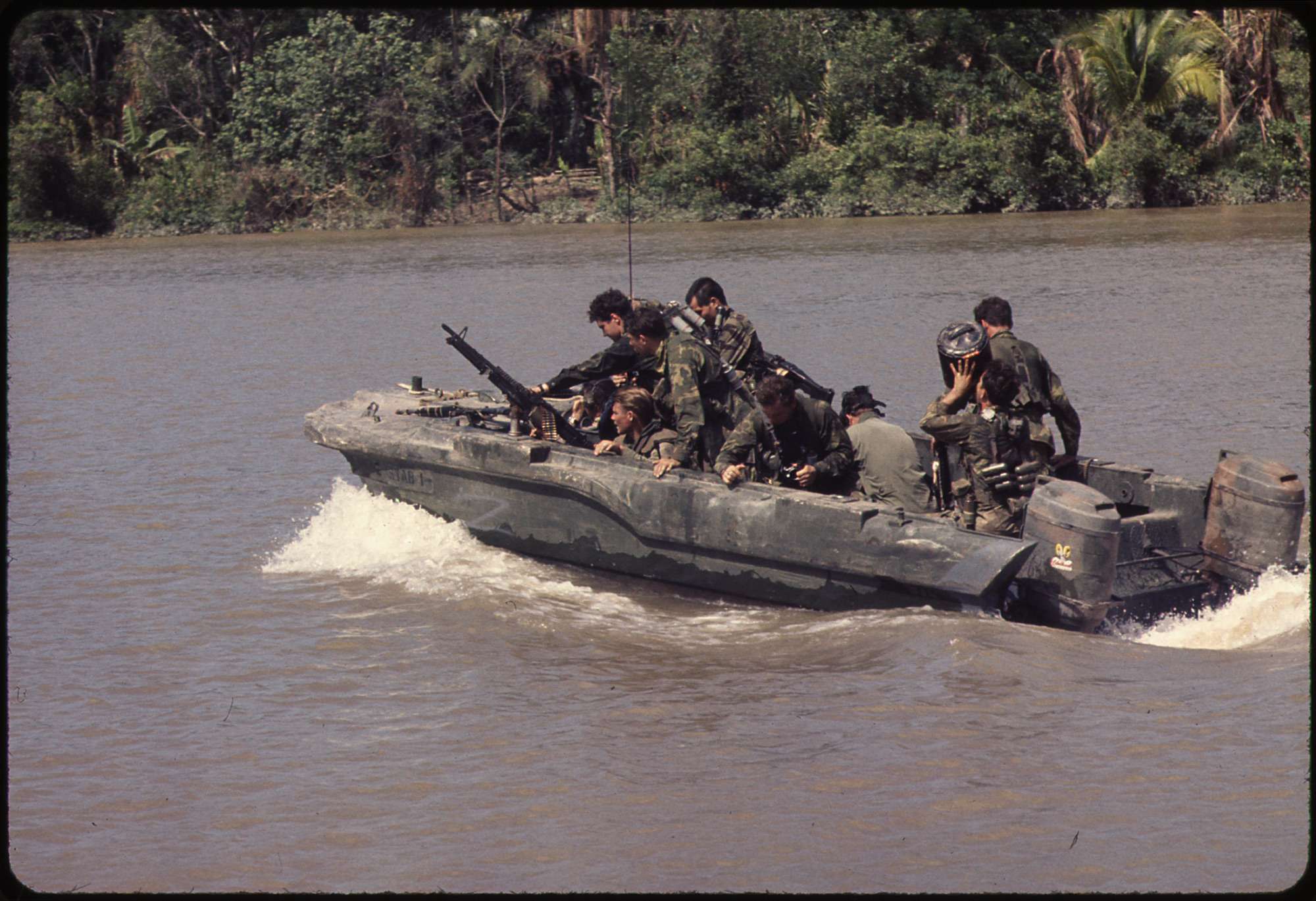 Summary
On our second trip to Nam we relieved another battalion near the DMZ ... we became co-occupants with the 3rd Marine Division at Dong Ha ... camp is about five or six miles south of the DMZ. At the airstrip there was a welcome sign reading "welcome to Dong Ha, running water in season, year round hunting, ammunition provided at no cost, nightly fireworks, underground caverns, enjoy a quiet stay".
Story

I am Arthur W. Smith, basically speaking I was a fleet sailor. One day late in June of 1966, assignments for thirty one men are posted on the barrack’s bulletin board. Twenty nine men were assigned to various ships, one man was sent to the Subic Bay in the Philippines. My assignment was USNMCB 5 … “SeaBees, I’m going to Nam”. My orders are to Port Hueneme, CA. Home of the Pacific SeaBees. As I am assigned to the Armory (weapons), I soon find myself meeting every single member of the battalion. Here and now I’d like to share my knowledge of one Navy officer, E.B. Ferguson, Lt. U.S. Navy, Chaplain Corps. He was the non-denominational leader for all of our faith needs. Chaplains go wherever they are assigned. Myself, I’m still puzzled by how did I get this assignment to the Seabees. So I meet Chaplain Ferguson, at the Armory, we’re in country now, Da-Nang, RVN. He’s in need of help with his weapon. He’ll be standing an inspection in the morning and like to be sure that his weapon is in proper order. I’m a young man, the chaplain is more mature, he is cauccasion, I’m not … he is an officer and I’m enlisted, he is Protestant, I’m Catholic … all our differences they don’t seem to matter much … we are both men and … targets … but the best thing we have is God … watching over us. On my next meeting with the chaplain, he has been assigned to go into the near-by village, get to know them, make friends, if possible … spot trouble possibly … like hidden enemy? So, his little pistol doesn’t seem to be enough … for him to feel safe in this assignment. So I issue him a semi-automatic rifle … and talking about making it automatic. Before long we’re talking about shotguns, machine guns, 40mm grenade launchers … but I don’t need to issue but the rifle to support his confidence. Thereafter the chaplain would stop by before each of his outings to make sure his weapons were operating properly.

On our second trip to Nam we relieved another battalion near the DMZ … we became co-occupants with the 3rd Marine Division at Dong Ha … camp is about five or six miles south of the DMZ. At the airstrip there was a welcome sign reading “welcome to Dong Ha, running water in season, year round hunting, ammunition provided at no cost, nightly fireworks, underground caverns, enjoy a quiet stay”. The chaplains assignments continued to be challenging. We were short on supplies … At one point, briefly living on 3 “B’s” … bullets, band-aids and beans. We were limited on our use of water … possibly contaminated. The water had a reddish color. The laundry had no soap … our clothes were sent to the laundry to be rinsed and returned with fresh dirt. The chaplain held meetings in the showers, with his body naked teaching and demonstrating to the men how to efficiently shower, conserve water, and stay healthy. There was no hot water and I believe the bathing water was being recycled, cleaned and filtered for re-use. I’m not at all sure how many times the chaplain administered last rights at various job sites. My last encounter with the chaplain occurred in our bullet ridden galley. It was Christmas morning … a cease fire in effect, the sun shinning, Christmas carol music on the sound system. The night before the chaplain had been very busy distributing about 800 care packs to each man in the battalion. I, earlier in the evening was homesick and went to bed earlier. Taps or lights put were performed at 10 o’clock … I was awoken by an intruder in my hut before midnight … I challenged him saying ” Halt! Who goes there?” He answered Santa Claus! And I responded “Santa Claus my ass!” and proceeded to operate my rifle. Santa left very rapidly, almost tearing the door from the hut. I fell back asleep and awoke to a peaceful Christmas morning … as I walked to the galley the air I breathed seem fresh and missing the sulfur odor to which I had become accustomed. The men in the galley were at ease, chatting comfortably … I reach for a food tray, utensils and got in line behind a uniformed officer … officers do not usually dine in the galley … it turned out to be the chaplain … what better way to start Christmas day by wishing the chaplain “Merry Christmas chaplain” I said confidently … He spoke and made it very clear to me who Santa Claus was the night before. The chaplain was one of the best men with whom I had the honor to serve. He served as an American … but in greater service … as a man of God.

A convoy is ambushed and a commanding officer is killed by a roadside bomb while in a jeep. The devastated jeep is forgotten until...
(Read More)
By John Riggs
3
984

This is one of many stories written about the naval aviators that flew in support of the war in Vietnam. Many of those aviators r...
(Read More)
By Bob Keller
3
838

Operation SWITCHBACK ordered the handover of clandestine operations from the CIA to the Military Assistance Command, Vietnam (MACV...
(Read More)
By Marketing
1
1.3K